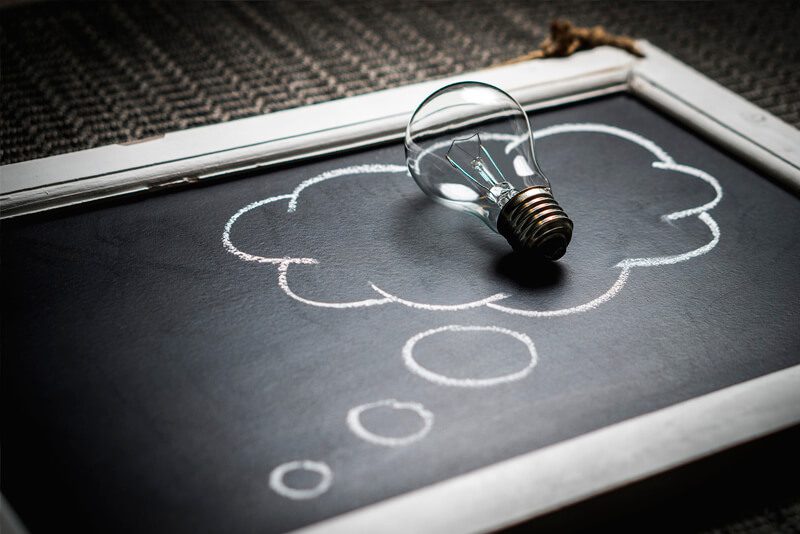 These days most people spend the majority of their time indoors, captivated by the latest devices. Modern inventors adapt to this change to provide appliances that are convenient and intriguing. Most importantly, however, they encourage homeowners to play outside again.

Here are twenty of the most convenient inventions for enjoying the outdoors: 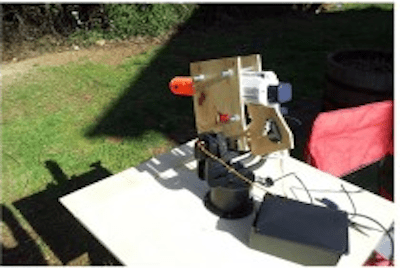 Software engineer Kurt Grandis programmed his computer to detect the sudden appearance of squirrels in his yard. He linked the program to a Super Soaker mounted on a tripod nearby. The successful result came with one drawback, however. The frequent squirrel activity quickly drained the gun’s water supply.

Mike Dabrowski glued thousands of small mirrors to a satellite dish to create his own solar-powered cooker. The barbecue measured two meters in diameter. The BBQ Dragon provides a faster way to light up the grill, cutting the wait to as little as ten minutes. It is safe in that it removes the need for lighter fluid by blowing cool air into the fire, increasing the burnable oxygen. It comes with a clip that allows for hands-free use and is also suitable for outdoor fireplaces or bonfires. The Solar-Breeze Intelligent Robot Pool Skimmer is a pool-cleaning robot that relies solely on the power of the sun. It will scan the pool all day long to collect debris, and can even dispense clarifying agents. 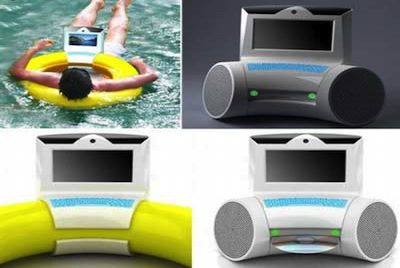 The Pool PC, created by Barry Lai Yin Lock, is a personal computer designed to mount a pool floatation donut. The solar-powered PC is made from lightweight waterproof materials. It comes with Internet capabilities, a GPS device, and uses the pool water to keep itself cool. The Pool Shark, by Shane Samole, is a motorized pool lounger that allows the user to move easily without getting wet. The battery-operated inflatable uses a joystick that moves the lounger in four directions. The C-Seed 201 is a jumbo-sized television that boasts the title of “the world’s largest LED TV.” The 201-inch screen quickly turns a backyard into a movie theatre with 725,000 LEDs, 42-bit colour depth, and 270-degree rotation. It is water-repellant and folds at the touch of a button to easily store underground.

The Mutant Hammock is a spider web-shaped hammock designed as an assembly project by Knowhow Shop and the Santa Monica Museum of Art. Easy to make and large enough to hold a whole family, the hammock is a project that could lead to hours of backyard fun. Saucerslotz is a yard game that involves scoring goals by landing flying discs into a pillar of nets. It is played with two teams who each take turns aiming to be the first to 21 points. The board is made of durable but lightweight materials that should provide years of outdoor activity. Designed with backyards in mind, the Water-Soaked Knee Hockey Rink is a game setup that involves air hockey played on water. The playing mat connects to a garden hose which sprays 30 streams of water around the rink, allowing the player to slide on his knees.

Beach7 AirLounge XL is an inflatable couch and table system that is perfect for barbecues and pool parties. The round sofa is 562 cm  in diameter and comfortably holds as many as 30 guests. The patio umbrella features its own solar panel which provides power to 18 white LED lights for evenings outside. In the day, the panel charges to allow 6-8 hours of light at night. The lights are arranged in a formation resembling a clear, starry night. The Wovel is a combination wheel and shovel in one. As it is situated on a wheel, a push of the handle sends the contents of the shovel flying out of the way. It provides a safer alternative to heavy or strenuous yard work, which can sometimes lead to injury or hospitalization. The Glowing Plant illuminates gardens without using electricity or separate lights. Researched and created in various laboratories using synthetic biology, this plant is the first to have its entire genome sequenced. The Nourishmat is a guiding mat for simplifying gardening. It has designated spaces for a variety of vegetables and also acts as a barrier that prevents weeds from flourishing. It comes with “seed balls” containing a mixture of ingredients to facilitate development. It’s perfect for getting kids to join in on gardening. This hose nozzle attaches to a garden faucet, starting the flow of water with the push of a button. It comes as a single or double adapter, with the double splitting the stream in two for a pair of hoses. It is convenient for those who suffer from joint or muscle pain. This robotic lawn mower is capable of grooming lawns as large as 10,000 square feet. It is completely automated, needing no remote control. It recharges on its own by parking itself in a charging station. This pest controller uses LED lights and emits carbon dioxide to attract mosquitoes. When they approach the device, the internal fan sucks them in and electrocutes them. 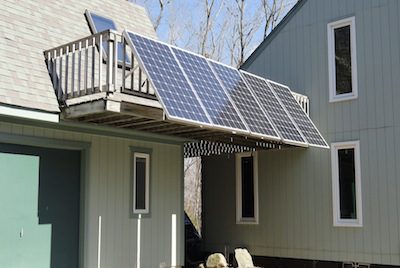 Designed for DIY installation, this Photovoltaic Solar Panel was created to provide homeowners with the opportunity to utilize free supplemental energy. It is weather-resistant and requires no special permit to install. Up to five panels can be combined, providing 1,000 watts of electricity. 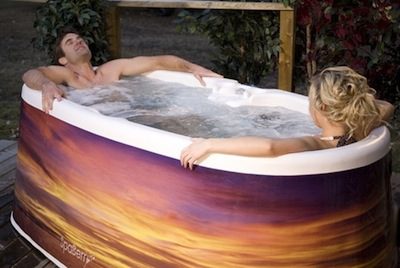 The SpaBerry is a portable hot tub made from an acrylic shell. The only requirements for use are water supply and an electrical outlet. The spa features massage jets, a waterfall, and drink holders.

Even outdoors, the modern man can find just as many lights and buttons as he has become accustomed to in the technological age. With these creations, neglecting the backyard never has to be a problem again. There is always an inventor ready to create the next gadget for enjoying the fresh air, warm nights, and lazy days in the pool.