My wife, Agnes, and I tried to put up our Workshop 6m x 3m by ourselves and failed miserably as you can imagine. We (well I mostly) did manage to put all, well most of the panels together and spent the previous weekend building the footings and base. When we saw the enormity of the task confronting us we knew two people were never going to be enough to manage to erect the shed, although this ultimately proved to be wrong.

Agnes then departed for a business trip in New York and left me to ponder how to finish the sheds. I called on my good friend Anton to lend a hand. Anton turned up in the pouring rain, tools in hand to help me put the shed together.

Fortunately, it was not windy. After much deliberation, we decided to reverse engineer the erection of the shed and divided the back panel into two so the two halves were more manageable.

We then constructed the front panel (which Agnes and I had not done) and attached it to the sides and finally had four relatively stable walls. Well, 3 ½ walls as the doors were not on yet nor the window in place for that matter. We used the crossbar to stabilize the structure and then could not move the roof panels in one piece so again we divided the panels in two and erected the four pieces one by one. It was an absolute joy when we finally managed to get the right half of the roof on as it meant for the first time all day we had some respite from the rain. Being dry was only temporary as we still had work to do. After attaching the other two roof panels we finally had a stable shed with a window but no doors. It was dark, we were very wet and had to call it a day.

Anton arrived at 8.00am the next day to finish the shed and the sun was shining. We managed to attach the doors, affix the additional screws/rivets to the shed that we had missed the previous day, and secured the shed to the concrete pavers we were using as our base.

Finally, we finished around lunchtime on day 2! The construction (mainly due to dips in the pavers) was not perfect, but the shed was sound and ready to stand the test of time.

If we had waited for Sunday’s sunshine to start the shed I doubt we would have had time to finish it in one day even though our effort had been hampered by the weather on the previous day.

When Agnes returned from New York the first thing she saw was that the roofline was not straight on the front of the shed (which of course I knew but tried to ignore). Thanks very much! Not to be perturbed on Good Friday I removed the individual concrete pavers, scooped out some of the road bases, and levelled the pavers so the roofline was straight only to find I needed to rehang one of the doors as it was now 10mm below the level of the other door. I managed to do this on Easter Saturday after borrowing Anton’s rivet gun.

With this bit of fine-tuning, the Workshop 6m x 3m is now PERFECT!

We collectively (Agnes, Anton, and I) feel a great sense of accomplishment having done our bit to build the brick footings, filled it with recycled road base, lay the pavers, and construct the shed.

Over the Easter weekend, I managed to start moving all manner of clutter out of the garage to the shed which is now used partly for storage but more importantly has become my wife’s garden shed to go with the Greenhouse we constructed together, but that is a whole other story. You can just imagine.

The moral of this story is that my wife always provides the vision (her speciality) and I provide the brawn and thank goodness for Anton!”

P.S You will see we have almost finished the landscaping and have also included (above) a picture of the shed with the cheer squad (who provided moral support but no physical help whatsoever throughout the whole process). 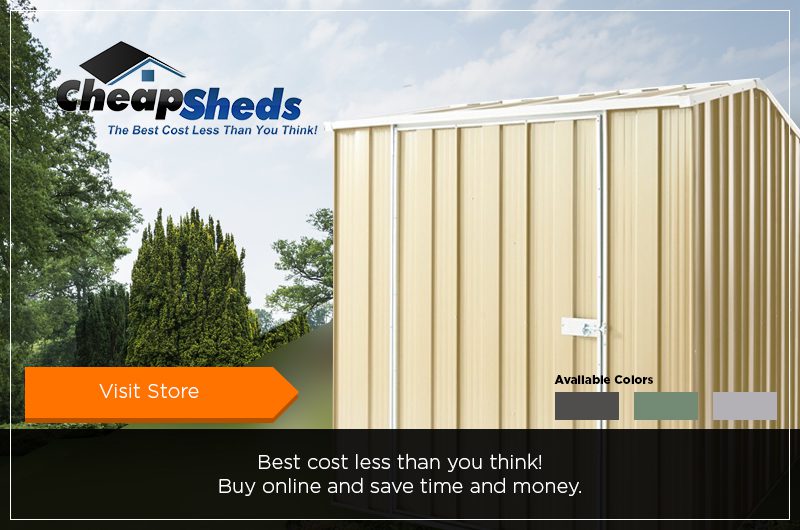