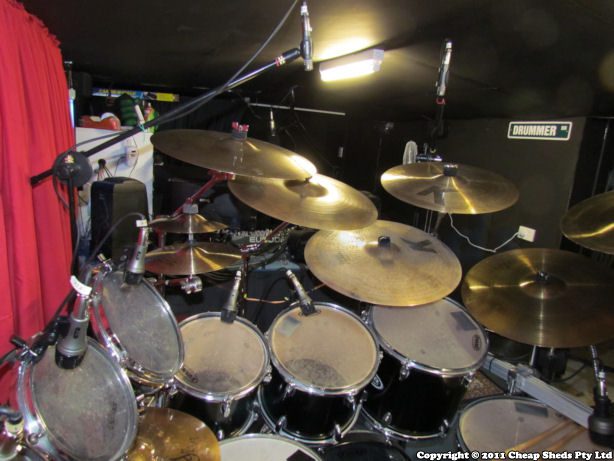 Hi my name is Paul,
I purchased an Absco Shed from Krisztian at Cheap Sheds to help solve a space issue. As a drummer for over thirty years, I had accumulated a sizable amount of stuff and needed a controllable area to house it.

When I first started playing I had bought a three-meter by three-meter shed and after fitting it with two-inch foam from the local foam distributor used it to house my kit and jam with friends, it seemed a relatively affordable way to create an extra room. So once again I thought this would be a good way to go, so after a suitable pad had been laid we set up the three by six-meter shed and bolted it in place. An internal floor was poured to create a seal against the weather to reinforce this; several layers of a plastic membrane were placed on the floor to about a quarter ways up the walls.

I then created an internal frame with around a hundred l/m of pine, leaving a six-inch gap around the walls and a four-inch gap to the roof that was filled with 120 Rockwool insulation batts rated at R3.5. Around twenty-five particle board sheets clad the walls and ceiling all held in place with 20.000 staples and hundreds of screws. Every square inch of a board was then painted Mat black, the front area around the drum had additional acoustic padding added then curtaining was hung to cover this and helps defuse Hi-end sound waves. Finally, the floor was carpeted, although The Shed is not totally Sound Proof, we have removed around seventy percent of sound entering and a little more of sound leaving.

I record not only drums but voice and other instruments for various projects but it’s also my fortress of solitude, a place I can go and write or create without disturbing the neighbourhood. Having your own private recording studio a few meters walk from your back door has been an affordable luxury thanks to Krisztian and his Cheap Sheds.

Something Extra that clanged in the night

Just as a side note inside the shed or “The Cave” as it’s known, I find recording at its best in the early hours of the morning there’s no interruptions, no low-end car or truck noise to invade the very sensitive studio microphones. 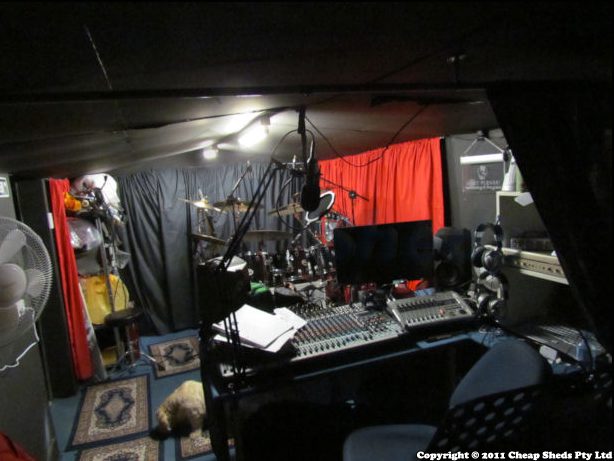 Sitting at the control desk recording some voice-over early one morning I could clearly hear the cymbals on the drums in front of me being taped, I’d look over and there was no one in the drum bay, so I reset to record again. 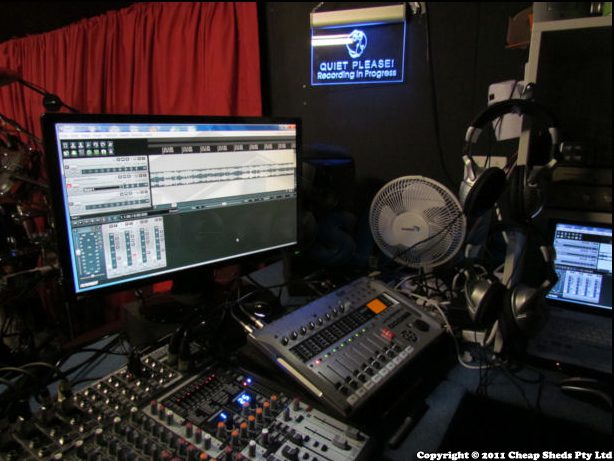 Suddenly there was a tap from a cymbal in the headphones. I stood to get a better look and started to wonder if Krisztian had added something extra, paranormal even, with his shed package.

I turned the overhanging Microphone arm so I was now staring at the empty Drum kit sitting a meter or two on the other side of the control desk. Again I hit record and concentrated on `the dialog attached to the stand in front of me, a few sentences in and CRASH goes another cymbal but this time I caught sight of the culprit. A large Moth endeavoring to find its way to the strip light above was ramming the cymbals from underneath after taking a large breath to slow my heart I escorted the drowsy Moth outside and quietly asked forgiveness for thinking Krisztian had added an unwanted and unseen guest to my Shed… 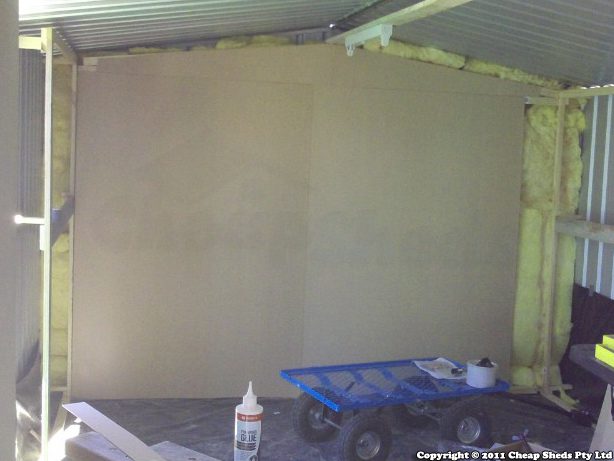 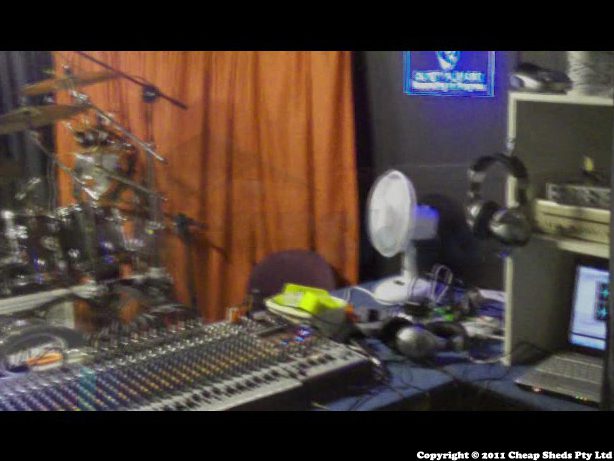 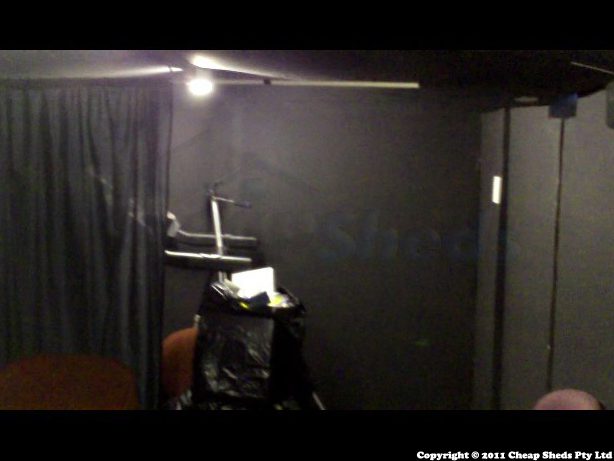