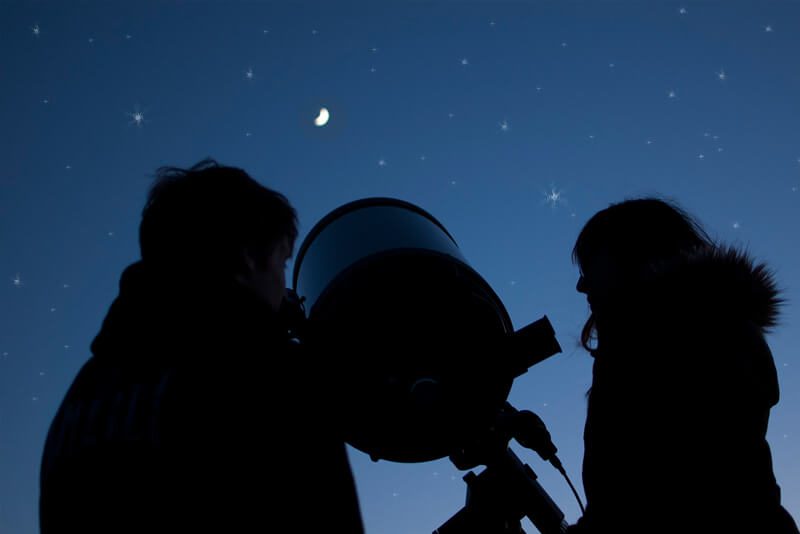 Your Backyard Observatory: Bringing the Stars to You

Your Backyard Observatory: Bringing the Stars to You
Absco Sheds Backyard Buzz

When are you too old to make dreams come true?

Well Cheap Sheds customer, Tony Hill, is certainly making his dreams a reality and not letting age be a barrier. From dreaming about space as a kid Tony has now built himself an observatory in his backyard. Amateur astronomy is a very popular hobby but not many take it to the level Tony did and builds an observatory.

From moving to a new country, building and riding Hot rods to designing and creating his own observatory at age 68! Tony is living the life of a young man.

Tony and his wife live in Lara, Victoria Australia. Lara is a small town (about 13000 people) and the ‘viewing’, as they call looking skyward for stars and planets, is spectacular compared to tight cities.

When Tony was 11 and living in London his father used a sheet of paper to show him the planets of the Solar System and the larger stars. Lacking the ability to ‘view’ the night sky in London city his father still managed to spark his imagination. Ever since that day he has been interested in astronomy.

It was only at 40 he decided to get a bit closer to the stars and purchased his first telescope, it was basic but gave him a chance to explore the stars. It was not until a few years ago when his wife purchased him a new book on astronomy that he decided to take his interest in amateur astronomy to the next level.

“I considered how far I wanted to go with this project and decided to buy from the U.S.A. a large computer controlled 10 Newtonian telescope”

So what does a large, state of the art telescope need? An observatory of course! A solid structure to keep it secure and safe from the elements.

“The observatory units you can buy out of the U.S.A. run into many, many thousands of dollars, so I thought that a shed would be a good alternative”

After checking out the options online he soon saw he was not the first to go down this path … but was going to do it better. Using his engineering experience in creating motor vehicle show cars he decided to re-invent the Absco 3m x3m Shed and turn it into an Observatory.

“I liked everything about your website/price/delivery so I bought one, and I am very pleased I did.”

So his project began and who better to take you through the process than Tony. 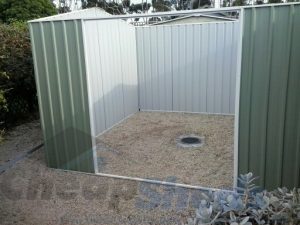 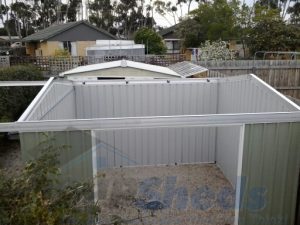 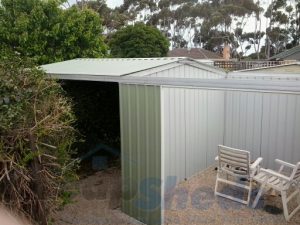 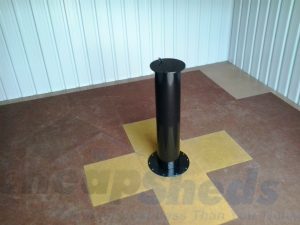 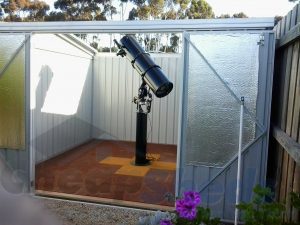 The shed construction was easy. Anybody can put one of your sheds together with very little effort I was very impressed with the ‘SnapTiTE ‘ connecting of panels to end strips this makes a huge difference. 30302GK

A lot of reinforcement was undertaken to enable the roof to slide in a supported manner. I added end caps to the roof assembly and screwed the entire roof unit to the top faces of the small channels. A bit of bracketry and modification to the sliding roof and ‘Hey Presto’ it all works perfectly. I did have to add some ‘L’ section on the shed ends to keep the rain out…. it works perfectly. I can slide the roof back the entire length of the shed on my own with very little effort.

I have set up the newly arrived telescope and am currently awaiting a couple of parts from the U.S.A. that were missing but I am just about ready to go.

Although it was an enormous amount of work, I have saved a huge amount of cash and the great shed I purchased from you made it all possible.

This was outstanding when you can buy an observatory in kit form for around $15,000!

It’s done now, I am currently aligning the telescope, and I look forward to checking out the heavens very soon.

Cheap Sheds customers continue to surprise the team with their innovative nature. Tony isn’t the first to complete an Observatory but has built his own unique structure.

Check out our other space observatory customers… 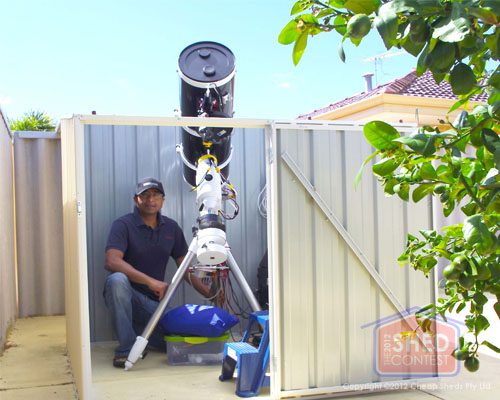 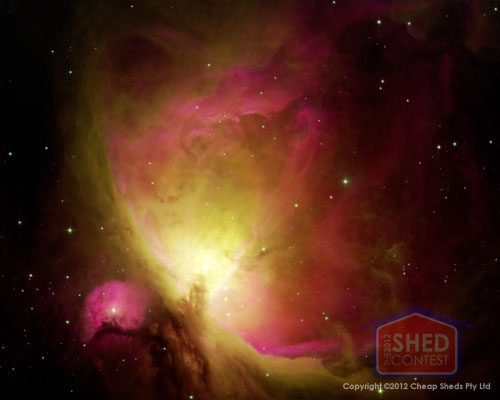 Read about his project > The Cheap Sheds Astronomer