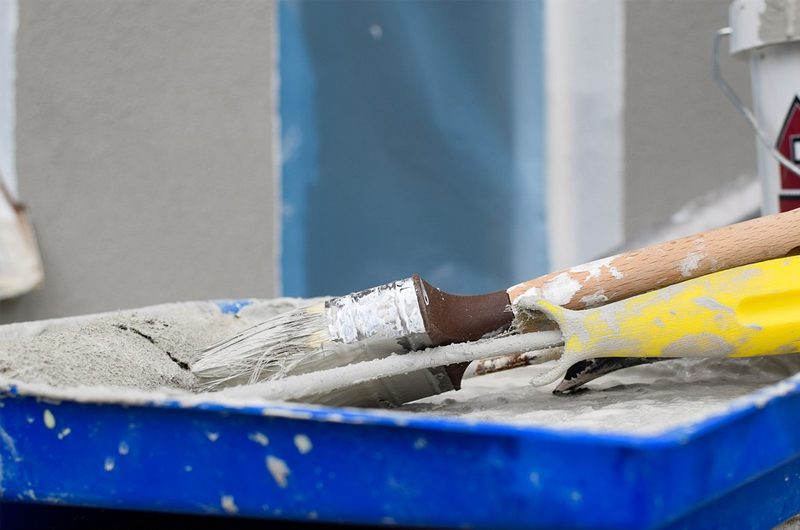 Is Your Home Harming You? Mould, Lead Paint and Asbestos Poisoning

Most of us think of our homes as safe and healthy environments. However, there are microscopic health hazards looming in many Australian households. One of the most daunting hazards is asbestos poisoning, but there are others which are more common and less known. In this article, I will cover the three most common hazards that most people are not aware of. First, let’s talk about mould. Mould is a type of fungi that flourish in humid and damp environments. That is why you will usually find mould in the corners of your shower, at the origin point of a leak, as well as in overly humid rooms.

In the early stages, mould is almost impossible to spot, but once it starts spreading, you won’t be able to miss it. Unfortunately, by the time you are able to see it, the damage is already done. Mould usually looks like a stain or a smudge, and it comes in a wide variety of colours, black being the most common and harmful one.

The harmful effects of mould are many. Besides not being a beautiful sight to see, mould can cause respiratory problems, allergic reactions, infection and so on. The most vulnerable groups are the elderly and infants. Even though the harmful effects of mould on a person are not immediately noticeable, prolonged exposure can develop chronic and severe health problems.

Fortunately, mould removal is a relatively straightforward process. The key is to identify the origin point and not just to scrub away the mould from the surface. Professional mould removal companies have specialised equipment that helps them deal with mould in a swift and effective manner. Next, we have asbestos poisoning.

Not so long ago, asbestos was considered the perfect construction material. It was cheap, durable, offered great thermal insulation, and much, much more. Asbestos was so widespread in areas like Brisbane and Sydney, that after World War II until its ban in the early 2000s, it was used in almost every construction project, both residential and commercial.

The risk related to asbestos poisoning is that if it’s being worked with, tiny particles can be inhaled and can cause severe health problems, including cancer. Generally if left intact in a structure, it poses no major threat but it’s better removed from your environment than posing a potential hazard.

Even though asbestos use is now forbidden, some of those buildings are still standing. That is why you are seeing more and more specialised companies offering services for asbestos removal in urban areas. Asbestos removal is not something that should be tackled by untrained and unequipped individuals. Inhaling asbestos particles can cause severe health problems, including cancer.

If you are concerned that your home might be riddled with asbestos, you should immediately call the professionals to inspect your home. Once the evaluation is done, the removal process can begin, during which you will have to leave your household.

Finally, let’s talk about lead paint. Up until the 1970s, paints contained a high amount of lead in them. However, things are drastically different now. Today, paint can contain only 0.1% of lead. For example, that number was 50% before the 1960s.

So, what’s so harmful about lead paint? Well, lead is a toxic substance. Even in small amounts, it can cause serious health problems, especially for children, babies, and pregnant women. It won’t affect your body right away, but if you are exposed to lead for a long time, it will accumulate in your body and cause health problems of all sorts.

However, lead paint in itself is not harmful if not damaged or chipped away. If you put a layer of lead-free paint over the lead paint, you won’t have any health problems whatsoever. But it’s always better to remove the lead paint entirely, just to be 100% sure that your home is safe and lead-free.

There is no doubt that these three health hazards are the most common ones in Australian households. Just remember not to try to remove it yourself if you are concerned that your house may be affected by any of them. Otherwise, you will expose your body to even bigger health problems.